Baxter Clough was originally associated with Henry Warner and bought into a quarry and soon became its sole owner. Clough was one of the first to have a direct outlet of his own  water by building a dock on the lake and a railroad equipped with steam engines and flats. His North and Middle Quarries were in North Amherst and his South Quarry in South Amherst.

In July, 1886, the Cleveland Stone Company was incorporated succeeding several of the early pioneers at Berea and Amherst, and as the years past, they continued to absorb quarry land, not only at Amherst and Berea, but Kipton, Elyria, Euclid and outlying points, until they became the largest producers of sandstone in the world.

In 1903, John R. Walsh, Chicago banker and large quarry operator in Bedford, Indiana territory, entered the sandstone field in Amherst, purchasing several large tracts of quarry land located about three miles southwest of North Amherst. He organized the Ohio Quarries Co., which opened and developed large quarries and built modern stone sawing mills. Its chief product was named Buckeye Gray Sandstone. The Buckeye Quarry is said to be one of the largest in the world, stone has been taken out to a depth of 240 feet. It is 3,090 ft. wide and 1,056 ft. long. It is no longer quarried.

The Cleveland Stone Co. and the Ohio Quarries Co. were practically the only two concerns quarrying sandstone in Amherst Township during the years 1903 to 1922. During this period two other concerns who worked with the stone were Blum and Delbridge Cut Stone Co. and the Amherst Cut Stone Co. Blum and Delbridge moved from Cleveland and began operations in Amherst in 1911. The Amherst Cut Stone CO. began operations in 1914 and was located on the west side of Amherst off Milan Ave. 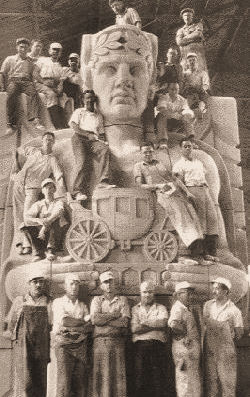 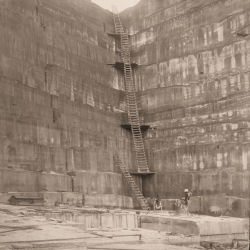 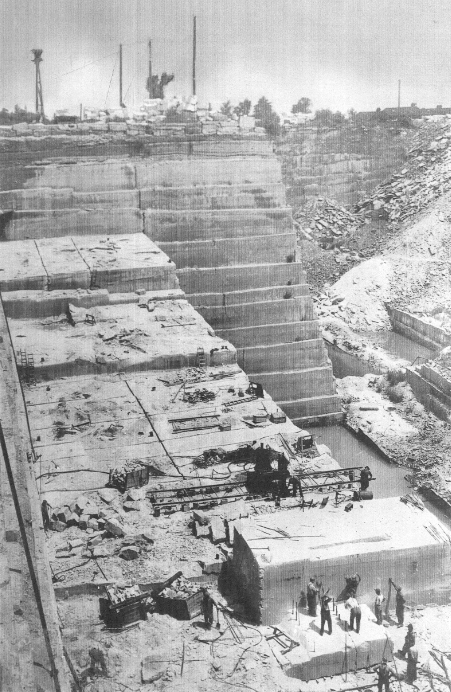